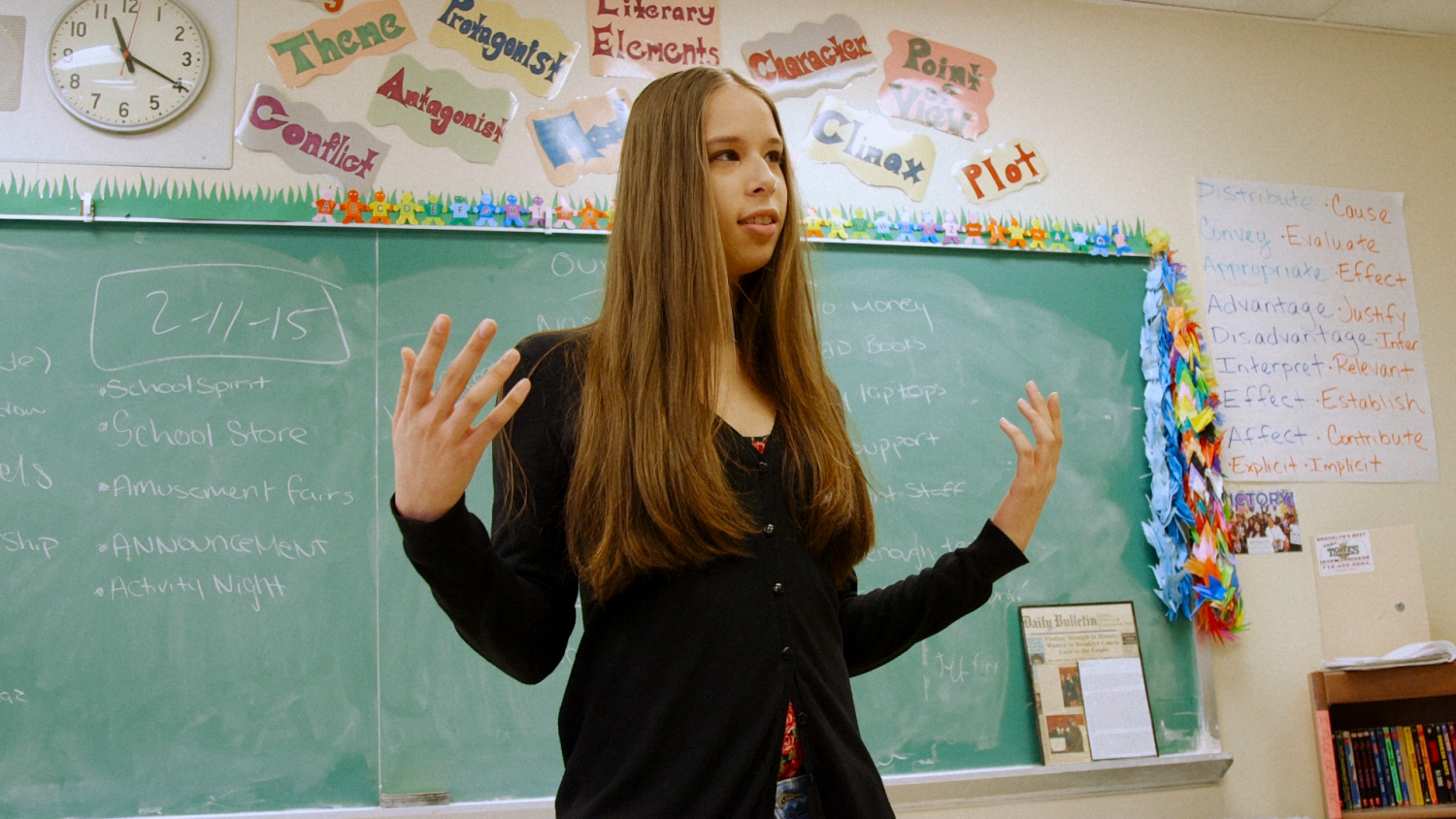 We are thrilled to announce that Personal Statement, the phenomenal feature documentary from director Juliane Dressner and co-director Edwin Martinez will be the 2018 MNFF Opening Night Film. You can check out the trailer below.

We are further pleased to share that director Julian Dressner will attend Opening Night with Producer (and MNFF3 alumna!) Beth Levison, as well as some special film guests.

In anticipation of the big day, MNFF sat down with Juliane and Edwin to understand their filmmaking process and discuss the college guidance gap.

You can now buy tickets to the Opening Night of MNFF 2018 on our website. Quick – they’re selling fast!

MNFF: Could you tell us a bit about yourself and how you turned to filmmaking?

JD: Filmmaking is my second career. Before I worked in film I worked in program development for social programs. I did a lot of research on youth organizing groups. I wrote about these incredible young people but realized that audiences couldn’t understand how powerful these adolescents were without seeing them. I learned about high schoolers working as guidance counselors and immediately knew it would be inspiring to watch these young people persevere and find solutions.

EM: I’ve been making films since I was a teenager. I took a production class at my church — I grew up in the Bronx as a Puerto Rican Mennonite. My work helps me understand my experience as a poor brown kid in a world that didn’t make a ton of sense. A lot of my filmwork is about young people. Adolescents occupy an interesting existence. They’re hopeful from childhood but also feel the weight and practicality of adulthood. They navigate the brackish waters of their condition. This film was an obvious fit for me because it was an example of young people fighting a battle, in this instance the battle of getting into college in the U.S..

MNFF: How did you find and become close with the subjects of your film, Enoch, Karoline and Christine?

JD: The film was open to any students who were interested. Over the first few days we started focusing on Enoch, Karoline and Christine. We worked collaboratively. In their college applications, they were deciding what story was important to tell. Our goals aligned. They had to submit their personal narratives and we wanted to represent those same tales in our film. Over time we became close collaborators and built a lot of trust.

EM: A lot of being a filmmaker is about who you are as a person. You insert yourself into people’s lives. How you think and act is a huge part of how relationships are built. I had to find ways to connect and make it clear that I was there for the relationship first and foremost, not just for the film.

MNFF: How has it been touring the festival circuit with Karoline, Christine and Enoch?

JD: It feels so great when the students come on stage and get a standing ovation. It feels like they’re being lifted and getting the credit they deserve.

EM: I am excited for an Opening Night screening because it will be an edifying, validating experience. Humans are celebrated so infrequently. Karoline, Enoch and Christine are finally receiving the immense care and love that they give to others.

MNFF: Can you talk about your partnership with CARA’s Right to College Program and the resources your film promotes?

JD: CARA is the organization that trained our subjects to serve as college counselors. They run a bunch of programs. To encourage audiences to engage with the political issues of the film, we put resources on our website for people to explore. We hope viewers take their engagement with the film and turn it into action. We hope to develop more partnerships to maximize the impact the film can have. We would love to get the film in front of decision makers: people who have the power to support public school guidance programs and the populations these programs serve.

MNFF: What do you hope MNFF audiences will take away from your film?

JD: [In the film] you see that a little opportunity can go a long way. I learned a lot about leadership. Enoch, Karoline and Christine were given a big responsibility. Once you take on the job as role model you have to be successful yourself. With this pressure comes empowerment. The film makes people look differently at what young people are capable of. Hopefully viewers will be more tuned to the fact that we have a massive college guidance gap. We are failing students by not providing the support and help they need as they make one of the biggest decisions of their lives.

EM: Superficially, the film is about three fun, charming, passionate people. You can look at the film and say “oh how nice, they’re trying to help each other.” But on a deep level, what they’re doing and the program they’re a part of is very radical. I hope people see that. The film follows three teenagers who have made a choice to make the bettering of the world their personal responsibility. The idea that none of us should take a day off from making things better is the thesis. They’re like superheroes: their task is to hold society together. I hope viewers take the onus to say “maybe I can do more.”

Social change can happen in a lateral way: looking left and right and not necessarily up in the quest for for salvation. It’s up to us to pull those seekers up.