MIDDLEBURY — If the first-ever Middlebury New Filmmakers Festival (MNFF) were to be judged by the rating scale coined by the late movie critics Gene Siskel and Roger Ebert, it would certainly earn “two thumbs up.”

The festival, which ran last Thursday through Sunday, exceeded expectations for attendance, film submissions and the enthusiasm with which it was embraced and supported by the community, according to MNFF founder and board President Lloyd Komesar, who on Monday was already thinking ahead to next year’s edition.

“I was delighted with the audiences,” said Komesar, who this week will finally get a chance to catch his breath after his deft performance as top producer of MNFF, which boasted 93 short- and feature-length films submitted by newly minted filmmakers from throughout the world. Komesar gave ample thanks to his supporting cast, which included a small paid staff flanked by a group of dedicated sponsors and volunteers — including renowned Vermont filmmaker Jay Craven.

“I feel this first festival was a resounding success,” Komesar said.

When the final ticket sales number came in on Wednesday, Komesar was quite pleased. MNFF sold 205 festival passes, at $75 each, for people seeking access to screenings at all three venues and related special events. The Town Hall Theater, Marquis Theater and Middlebury College’s Dana Auditorium served as the viewing venues.

In addition, the festival sold 110 day passes, which for $28 allowed the ticketholder to attend shows throughout a single day, and 500 tickets to individual film screenings.

That amounted to 815 total pass and ticket sales. 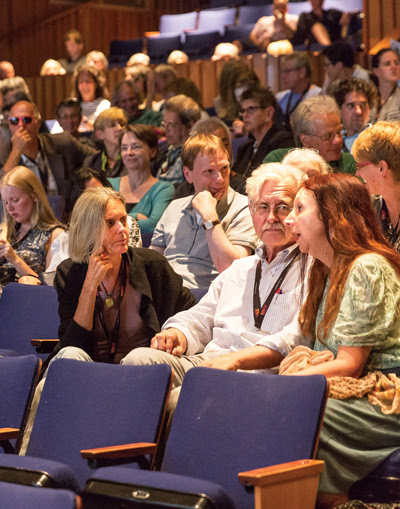 Another 200 complimentary passes were provided to attending filmmakers, sponsors and other V.I.P.s, Komesar noted.

“I thought if we sold 150 festival passes, that would be fine, and 250 passes would be astonishing,” Komesar said. “To come in with 205 festival passes is thrilling for us.”

Organizers were pleased to see consistent crowds, as opposed to sporadic full houses for some films and sparse attendance for others. And the flow of movie enthusiasts remained consistent through the final event at the THT: Sunday’s closing ceremonies featuring presentation of the VTeddy Awards for films judged to have been the best in the show. Vermont Teddy Bear Co., a major sponsor of MNFF, provided specially designed bear awards for the winners.

Craven, co-founder of Kingdom County Productions and whose résumé includes such films at “Where the Rivers Flow North” and “Disappearances,” coordinated the judging for MNFF. He said the quality of submissions was so great that the judges selected 11 overall winners, with another 12 films lauded as “finalists.” The original plan was to select three winners in both the short film and feature film categories, he noted. (See the list of winners here.)

“There is no question we saw substantial talent,” Craven said during a phone interview on Monday. “In terms of quality, there was more than we expected.”

The winning films will be booked together into viewing venues in each of the six New England states during the first three months of 2016. These “mini-festivals” will be branded as the “Middlebury New Filmmakers Festival Presents the Best of 2015.” The filmmakers will be offered stipends to go on what is being called the New England Circuit to present their work to these audiences.

Komesar said the exposure the films will get through the New England Circuit is likely to be of more value to the filmmakers than cash prizes.

“Most of our filmmakers have no distribution (outlet),” Komesar explained. “Our approach was to create exposure for people at their point of emergence in their career, when they don’t have that big deal, or really any kind of deal.”

Greater visibility is particularly important for producers of short films, he said, as movie houses have long since abandoned what used to be a standard format of running one or more shorts before a feature presentation. Viewers these days really have to go online to a festival website, or to the filmmaker’s personal web address, to see a short film.

Organizers hope the winners will return to the MNFF in future years to serve as mentors to new generations of aspiring filmmakers. The first seeds for that alumni network have been planted with this inaugural festival, according to Craven.

“For me, the festival exceeded all expectations,” Craven said.

Komesar highlighted some of his personal favorite films from MNFF 2015, some of which made the winners’ list.

Among them was “Omo Child: River and Bush,” a feature-length documentary directed by John Rowe. It’s about Lale Labuko of the Kara people in the Omo Valley in southwest Ethiopia, who challenged his people’s belief that there were some “cursed” children bringing disease, drought and death to the tribe. Five years of filming went into “Omo Child,” which follows Labuko and the Karas’ journeys as they attempt to change an ancient practice.

“This is an important film,” Komesar said. “I really hope that John Rowe has another film like this in him to share with our festival. We are convinced he is someone to pay attention to.”

“John the Baptist” by Rodrigo Rezende Meireles is a short documentary film that follows the title character through a day of intense work at two jobs. Despite his arduous routine, he still finds the strength and inspiration after dusk to bring joy to the people of his Brazilian city, through his performance of Michael Jackson dance routines.

“Rarely have I seen a film that combines this level of joy and a working man’s life,” said Komesar, who has seen a few films in his day. The Addison County resident spent nearly 30 years as a sales, research and distribution executive in the film and television programming industry, first at Blair Television in New York, then, for the next 25 years, at the Walt Disney Co. in New York and Los Angeles.

“It is a special, luminous film.”

Meireles came all the way from Brazil to present his film at MNFF, which will hit the New England Circuit. The complete list of MNFF winners is listed in a box with this story. 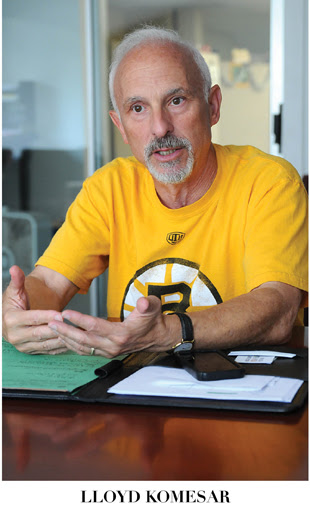 Along with putting people into the seats of local theaters, the festival placed film enthusiasts into local stores, restaurants and hotels for the duration of the event. Some downtown Middlebury stores extended their hours to 7 p.m. to take advantage of the extra customer traffic. Some restaurants, like The Lobby, offered meal discounts to those who presented MNFF passes.

“I’m hearing the restaurants were busy and (MNFF attendees) filled some rooms,” said Sue Hoxie, executive director of the Addison County Chamber of Commerce. “The feedback was very positive.”

Hoxie looks forward to the chamber having an ongoing positive relationship with the MNFF.

“It is a nice event that will only continue to grow,” Hoxie said.

“We definitely saw sales attributable to (the festival),” he said. “Any draw to Middlebury is a good thing.”

Bruce Grove, co-owner of the Inn on the Green, said he believes three to six of the inn’s 11 rooms were rented to festival-goers last weekend. The inn was full on Saturday and close to sold out on Friday.

“It was a good boost,” Grove said of the event. “People were really enthusiastic.”

Swift House Inn co-owner Dan Brown estimated around one-third of his rooms this past weekend were occupied by festival-goers. He said the influx provided a nice boost during what can be a slow weekend prior to the customary Labor Day surge. He also noted a “buzz” among inn guests chatting about the quality of the festival and the visual allure of Middlebury and Addison County.

Komesar and fellow MNFF organizers are considering some tweaks to the festival that could increase sales opportunities for the local business community. For example, organizers might drop the 4-7 p.m. movie block and in its place offer some discussion panels as well as shopping, dining and happy hour opportunities for festival participants. This would be done in concert with lining up a fourth viewing venue so that the festival would still be able to showcase more than 90 films.

Meanwhile, Komesar & co. want to make sure that MNFF remains in the public’s consciousness during the coming months. To that end, MNFF organizers plan to establish a year-round series of monthly film screenings at the Town Hall Theater, beginning in January.

The show must go on.

“We are extraordinarily energized about doing the next festival,” Komesar said.

More information on MNFF, including how to donate to defray expenses for the event, can be found at middfilmfest.org.

Reporter John Flowers is at johnf@addisonindependent.com.