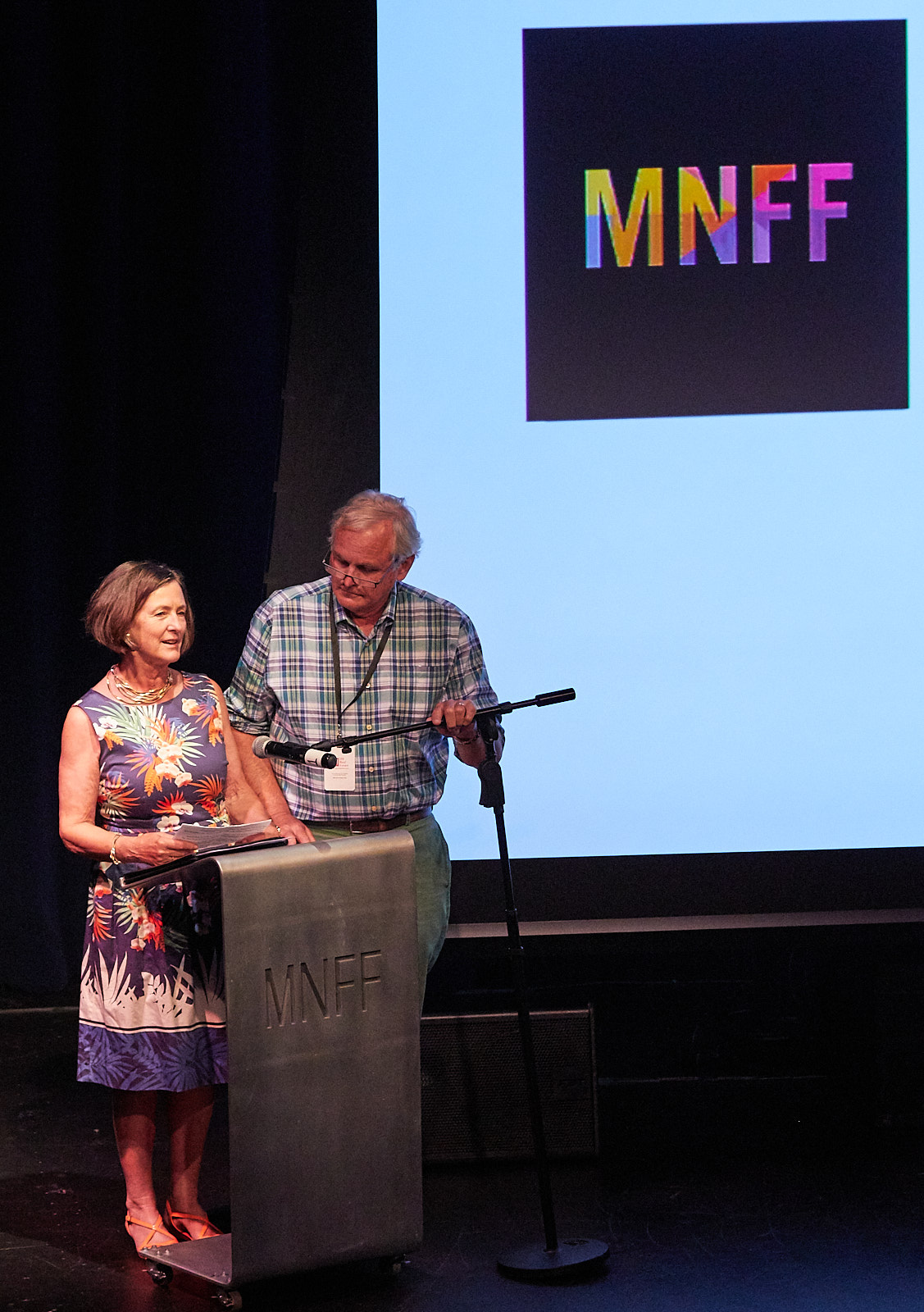 The Middlebury New Filmmakers Festival is pleased to announce the MNFF Franklin Film Development Fund to stimulate production of feature length dramas and comedies. The Fund will award $10,000 grants to two filmmakers each year whose narrative scripts are selected by a panel of judges. In recognition of their previous fine work, and their clear connection to the Fest, the submission process will be open exclusively and only to all MNFF alumni, now totaling more than 400 filmmakers.

The Fund originated with a significant donation from Churchill and Janet Franklin, longtime supporters of the Middlebury New Filmmakers Festival. An initial goal to raise $100,000 to achieve multi-year sustainability was more than 60% realized in less than two months. Conceived as early stage “seed funding,” the MNFF Franklin Film Development Fund is intended to add to the Fest’s ongoing commitment to supporting new filmmakers. “We are thrilled to support this incredible film Festival in our community with a special emphasis on narrative filmmaking for MNFF alumni,” Churchill and Janet Franklin commented.

The inaugural submission window for feature film scripts will open on September 16, 2019 and close on May 15, 2020. After a period of panel review, the two winning scripts will be announced at MNFF6, August 27-30, 2020. The $10,000 grants will be awarded on a matching basis and the selected filmmakers will have up to eight months, ending April 30, 2021, to raise their matching amount. A successful match will trigger the release of the Fund grant. Subsequent rounds of funding will follow the same cycle, with a second script submission round beginning in mid-September 2020.

MNFF has identified narrative filmmaking as an essential point of emphasis. “Independent narrative feature films need support,” said MNFF Artistic Director Jay Craven. “Speaking candidly, we consistently see more and better feature documentaries than narratives in the selection process. It is time for us to encourage narrative filmmakers, who must launch herculean efforts to make good and effective films, only to find themselves stranded by a hyper-commercialized distribution process. Our Fund won’t change this distribution issue, but it’s a solid step in the right direction – one that we hope will stimulate other forms of support.”

MNFF welcomes contributions to the Fund from those who believe that good dramas and comedies by new filmmakers ought to be made. “With the funding that began with the Franklins’ groundbreaking donation, and has grown quickly, we are gearing up for a continuous infusion of funds to deserving filmmakers intent on telling compelling stories with great characters,” said Lloyd Komesar, MNFF Producer. “We hope that generous individuals and like-minded organizations will step forward with donations that will get us to our goal and beyond. And for filmmakers trying to decide which Fests to enter, let the potential of a Franklin Film Development Fund grant be a guiding factor.”