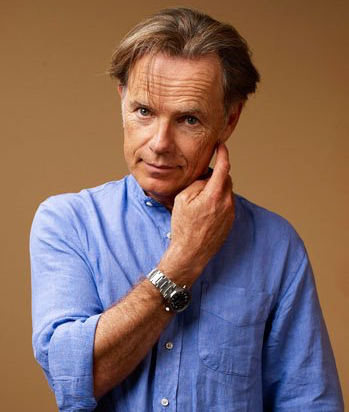 The Fest will present Bruce Greenwood with the “Sustained Excellence in Acting Award,” a new honor at this year’s Fest. Greenwood’s august acting portfolio deserves high commendation. A two-time Screen Actors Guild Award nominee, Greenwood’s work in films like Star Trek, Thirteen Days, and Capote has situated him as a household name of American cinema.

MNFF will provide audiences with a chance to see Greenwood’s starring roles in Atom Egoyan’s The Sweet Hereafter (1997) and Frank Hall Green’s Wildlike (2015). The Sweet Hereafter depicts a small mountain community in Canada devastated when a school bus accident kills more than a dozen children. Based on the novel by Russell Banks, this film pushes audiences to reckon with a loss of innocence and collective trauma. It will show on Saturday, August 24 at 7:15pm at Twilight Hall on the Middlebury College campus. Wildlike tells the story of a gruff backpacker and a troubled teen trekking through the Alaskan wilderness. It will show on Sunday, August 25 at 10am at the Town Hall Theater.  Mr. Greenwood will be in conversation with Jay Craven following each of his screenings and MNFF will present him with a Sustained Excellence in Acting Award at the conclusion of his Q&A on Sunday, August 25.

“I’ve been a fan of Bruce Greenwood,” said Jay Craven, “since I first saw him in Egoyan’s dreamlike film, Exotica.  He is one of the most expressive and charismatic actors working today – and is able to articulate a range of richly textured emotions, sometimes even simultaneously.”

Info on The Sweet Hereafter here.