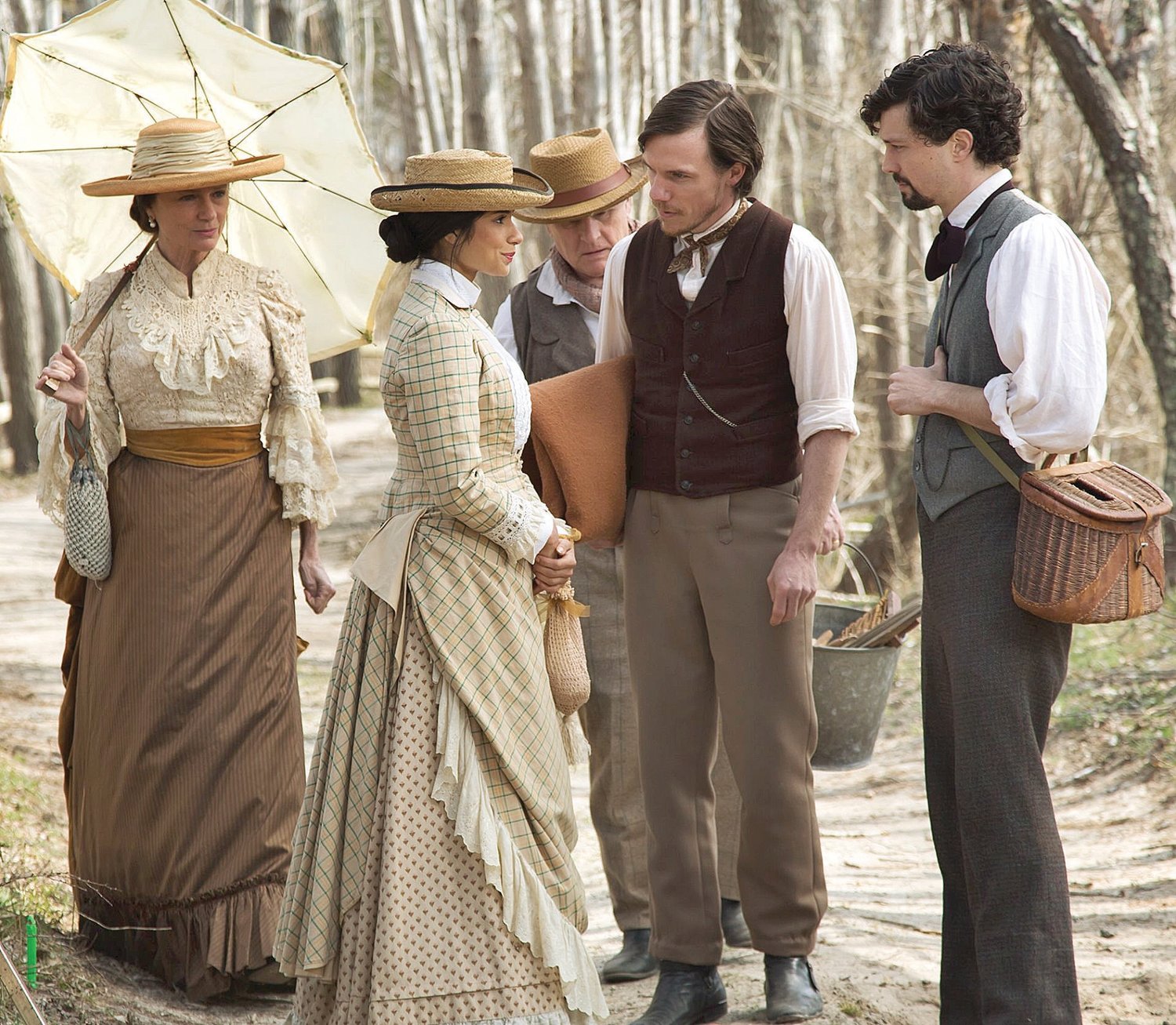 The Middlebury New Filmmakers Festival will continue its “Craven Conversations” on-line interview series with a 7pm session on Wednesday, June 10th, with Emmy-winning costume designer and longtime Middlebury resident, Sarah Beers. You can register for the Conversation here.

Beer’s will walk viewers through her process of imagination and execution of film, theater and TV costumes, particularly for how this work informs and enlarges consideration of character.  She will show research photos and sketches along with pictures of actors in costume for the film and television work she does.

Beers will also discuss her work on Jay Craven’s films, “Peter and John” and “Wetware,” where she mentored college students who took on ambitious costume work for each of those films.  “Peter and John” was set in 1872 Nantucket and starred Golden Globe winner, Jacqueline Bisset.  For “Wetware,” a gritty film noir set in the near future, the costume look had to be substantially different.

Sarah Beers grew up in Middlebury and attended Middlebury schools, including Middlebury Union High School.  Her uncle taught Spanish at Middlebury College and her grandfather was born and raised in Charlotte.  She graduated from Connecticut College, which allowed students to design their own majors with faculty mentor oversight.  She designed an interdisciplinary major in Theater and Studio Art and through those courses and her work-study duties in the theater department, she became interested in costume design as a profession.

During her senior year in college, Beers was awarded a Watson Fellowship to study costumes at the Royal Ballet and Opera in London. She also spent time working in marionette fabrication at Marionettes de Geneve in Switzerland.   After college, she moved to New York City where she worked in Broadway costume shops, in the millinery and craft departments, and also as a costume design assistant for NYC independent films and commercials – and on Craven’s 1996 film, “A Stranger in the Kingdom.”

Back in New York her assistant design work led to design jobs in film and theater.   Her film and television credits include “Maria Full of Grace” which won top honors and Sundance, Berlin and others – and was nominated for a 2005 Academy Award.  Beers also won an Emmy for her work on “The Men Who Built America.” Her other design credits include the “Outsiders” TV series along with the long running series, “Rescue Me.”