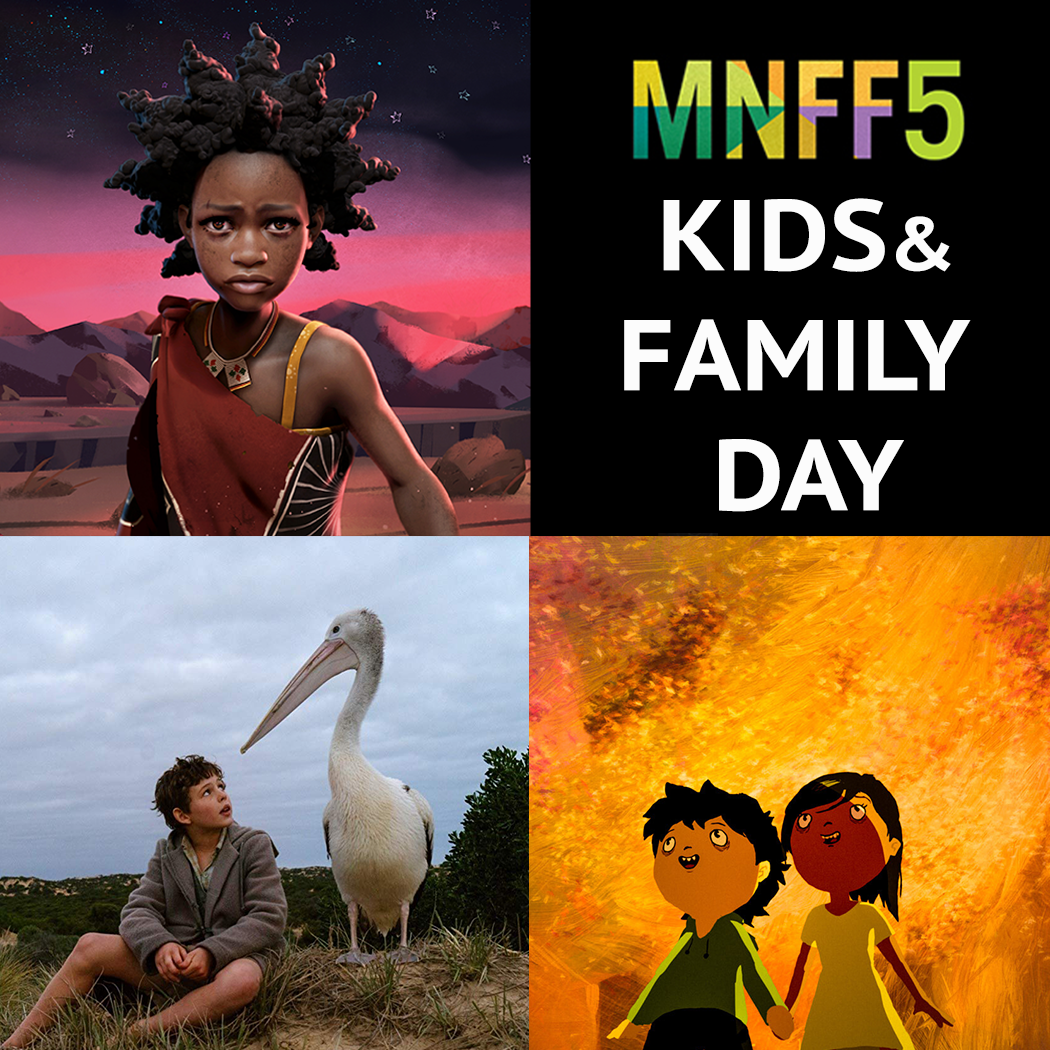 MNFF announces our second annual Kids and Family Day! Once again it will be on Wednesday, the day before MNFF5 officially begins.

We will offer three outstanding family friendly films from all over the world, with screenings at 10:00 am, 1:00 pm and 4:00 pm at the Marquis Theatre in Middlebury. Plus a FREE movie-making event with MCTV.

Along with the films, hot popcorn, cookies and drinks, families can enjoy a special Kids & Family Day Menu in the Marquis Café!

Young filmmakers can enter the “Chase Scene Challenge,” a movie making activity hosted by local media maker, Kurt Broderson of Middlebury Community TV, who will show what it takes to make a dynamic and exciting chase scene.

When Michael Kingley (played by Geoffrey Rush), a successful retired businessman, unearths images from his past, he remembers his long-forgotten childhood on an isolated coastline. He recounts how, as a boy, he rescued and raised an extraordinary orphaned pelican, Mr. Percival. Their adventures and bond had a profound effect on the whole community, proving that sympathy is the most reciprocal emotion. Based on the beloved Australian children’s book, Storm Boy tells a timeless story of unusual and unconditional friendship.

Liyana is a marvelous blend of documentary and animated drama whose narrators are five children in the Kingdom of Eswatini in Swaziland. They shape their individual traumas into an original fable about a girl named Liyana, who embarks on a perilous quest to save her young twin brothers.  Liyana becomes a symbol of their collective experience, an icon of resilience. Relying heavily on visual storytelling, the film brilliantly illuminates the children’s real lives while animating Liyana’s.

Tito and the Birds

Astonishing visuals combine with impassioned political allegory in this glorious Brazilian animated film. Tito and the Birds finds the world gripped by an epidemic: a virus that paralyzes people with fear, shrinks them into blobs and eventually turns them into rocks. Middle school whiz kid Tito and his good friend Rosa set out to find a cure, inspired by Tito’s father’s strength and courage. Tito and the Birds is a joy to watch and a challenge to what many of us take for granted. The film will show in Portuguese, with English subtitles.

ALL TICKETS AVAILABLE DAY OF SHOW @ THE MARQUIS THEATRE

Seating will be on a first come, first seated basis.

MNFF would like to thank the Marquis Theatre and K+F Day sponsor Maple Landmark for making this day of films and fun possible!