At MNFF 2016, Candice Carella’s “Pony” took home the Audience Award for a Short Film. MNFF sat down with Candice Carella to discuss her current project “Three Days in the Hole,” the experience of working with a child actor and the lucky mishap of a family vacation to Florida.

MNFF: Can you talk about the inspiration behind Pony?

CC: Pony was inspired by a real life incident. My parents took my daughter to Florida on vacation and they were playing on the beach and she discovered a bone, which turned out was a human bone. My dad called me while I was at work and said “we had to call the police and drive her down to the station.” I didn’t know how to appropriately explain death to a 5 year old in a way that would resonate but also not scare her. I left this wanting to explore the process of explaining death to a child, but not in the Stephen King gruesome way we often think of. I turned to a dramedy mindset. Jeff has no business taking on this big topics, but has to. It turns into a major growth for both characters.

MNFF: Are you drawn to comedies? Why did you opt for dramedy instead of pure drama?

CC: As a parent, you often have to observe your child learning about the world. It’s funny. Comedy felt so natural for this. Pony is a fun reflection on being a parent. Sometimes parents don’t focus on what’s really important. Sometimes we’re so regimented. I wanted to make the mom linear, someone who forgets to just exist. Jeff can connect with Miko on a level deeper than you expect. He can really see her. Both the child and adult experience something that changes them and helps them heal. This dose of reality is the catalyst for Jeff to come out of his allegorical cave and back into the world where he re-discovers the desire to connect and create. I wanted to showcase the roller coaster of being in a family. That was the fun part. Most audience members can relate to at least one character in the film.

MNFF: Do you have any advice or reflections on working with a child actor? What was that like?

CC: That was another wild card. Miko is my daughter and the reason I cast her was because she wanted to do it and I put amazing veteran actors around her, which made me feel more comfortable. If you put kids in a position where they understand they’re coming to work and it’s not a big game, they rise to the occasion. We rehearsed and workshopped with her in a real professional way. I didn’t workshop with Uncle Jeff because I wanted to showcase on film the true awkwardness kids meeting strangers. She was abe to hold the screen in a really special way.

I was careful of how to plan the shoot. Shooting in one place gave us flexibility. When she was tired or fussy we could disrupt the schedule. If your story calls for something, be aware of what you’re getting into. I was aware I was getting into something intense working with a child, but sometimes we would work half days or budget time around that. People or circumstances might need a break. If you’re shooting water or pets it’s the same idea. Be prepared and do rehearsals. Sometimes you roll on the rehearsal and there are happy accidents: a look or a question or an improvised line. You never know what you’re going to get. That’s the beauty of filmmaking.

MNFF: Do you have any new projects you’re working on? What will follow Pony?

CC: Pony brought exposure, distribution and a cable deal. I was grateful for that platform. All of the media talk of women’s stories inspired me to find a female narrative for my next project. I discovered a group of women captured by Isis and sold into sexual slavery in Iraq and Syria back in 2013. It’s a tragic story that is important to explore in a narrative way. It’s really different from Pony. It challenged me as a filmmaker. I had to depict a foreign culture, dealing exclusively with Middle Eastern actors in the Middle East. I approached the film thinking about the psychological condition of genocide survivors. I traveled to Iraq, visited the military zone frontlines, the villages ravaged by war and I stayed in the IDP camps with the displaced Yezidi survivors. I met and made friends with many young Yezidi women. They are amazing.

The film is called Three Days in the Hole. It is a dramatic and heartbreaking story but there is something so inspiring about these women who confront humanity and carry such bravery. It’s interesting to cater this narrative to Western audiences. I hope it gets the same platform that Pony got. That would mean a lot. 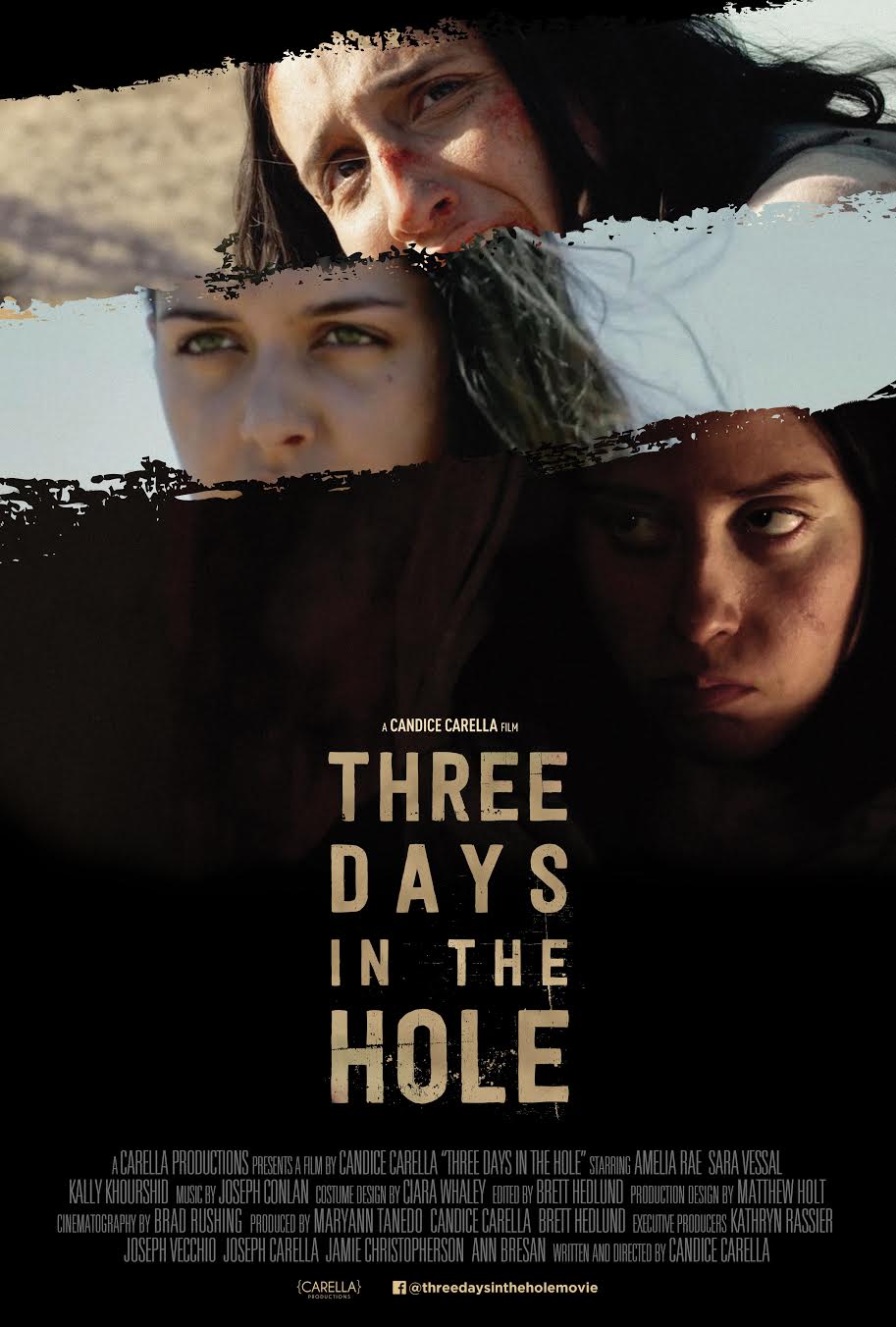