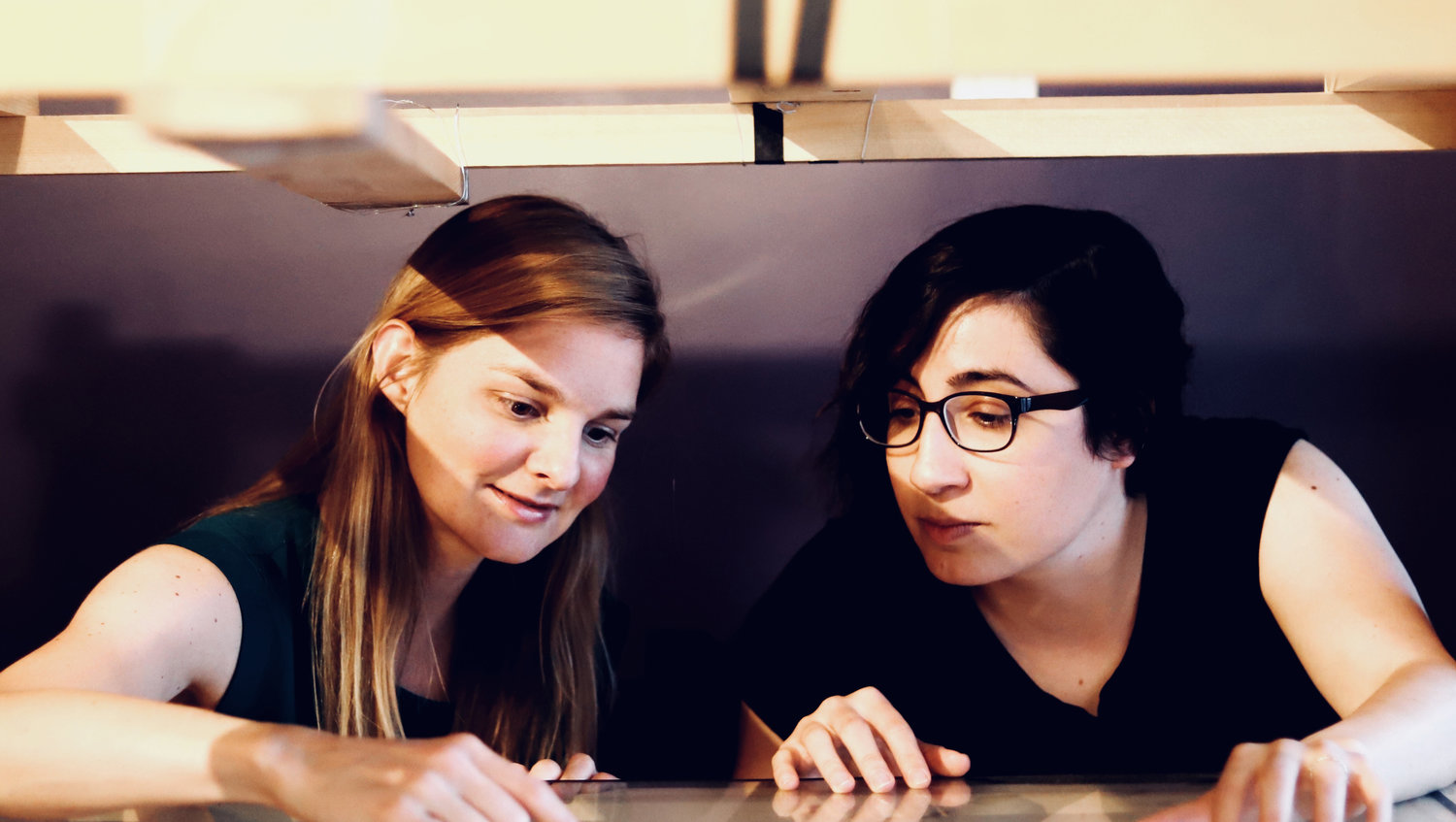 Quick! What was the first feature animated film ever made?

If you cheated via Google, then you saw that the top search result is Snow White (1937), otherwise known as the wrong answer. If you attended last year’s Middlebury New Filmmakers Festival, you probably know that eleven years prior to the debut of the Disney classic, German director Lotte Reiniger released The Adventures of Prince Achmed (1926), the world’s oldest surviving animated feature.

Reiniger, who has been called “the animation genius you’ve never heard of,” is the subject of Lotte that Silhouette Girl (2018, trailer here), a MNFF4 animated short film directed by Elizabeth Beech (left) and Carla Patullo (right). As Fest goers will remember, the film is a tribute to Reiniger and her work, seeking to elevate her status in film history to the place she rightly deserves.

MNFF’s Will DiGravio caught up with Beech to discuss the film, what life has been like since screening at the Festival, and news on Shadowmaker, their upcoming feature film that continues to explore Reiniger’s life and legacy.

WD: What inspired you to make this film? It seems that your goal is in part to educate viewers about Lotte Reiniger. Is that accurate?

EB: Yes, our original inspiration came from finding, watching, and then becoming increasingly obsessed with Lotte’s films. They are so beautiful and unique, yet they are oddly familiar. There’s a wonderful combination of playfulness and darkness in her work that drew us in and trapped us. Then we came across an interview with her that was so charming that we decided to make the film about her life.

We didn’t set out to make something educational, but because so few people know of her, that’s what it became. We wanted to tell her life story with the same playfulness and darkness present in her work. We felt some sort of indebtedness to her for inspiring us, and we wanted to lift her up and share her story with others. I hope our film pushes others to seek out Lotte’s work and find inspiration in her story and her films like we did.

Is there something about Lotte Reiniger’s story that particularly resonates with you?

We loved that Lotte invented a new film style with basically just a pair of scissors. Cutting silhouettes was a skill that she developed as a child, which wasn’t uncommon for young girls at the time. It was a domestic skill that women practiced as part of their household duties, like sewing or cooking, and Lotte happened to be particularly good at it. But she was a great artist in general, and I think that if she’d practiced painting or sculpture, she’d have been just as great. I guess what really resonated with me is the honest singularity in her art and how she took something ordinary and mundane and transformed it into something entirely new.

If someone watched your film and wanted to watch Reiniger’s, with which of hers would you suggest they begin with?

Is there one moment in your film that particularly resonates with you?

My favorite moments are when “Lotte’s” hands come onto the screen and move the silhouettes. Pairing her hands with her voice prompts a visceral connection. You can feel what it would be like to touch and move these puppets. It also brings the craft of her art into focus. She used handmade animations. Lotte put her hands into the scene between each frame, at 24 frames per second, so even though her hands are not visible in her films, they are very present in the making of them, and that’s an important aspect of her character. Her hands create the of her silhouettes.

What have been some of the most exciting responses to your film? Have you heard from anyone who is related to Lotte Reiniger or perhaps worked with her?

We have had incredible responses to the film, and have tried to attend as many festival screenings as possible. Lotte doesn’t have any direct relatives, but we were contacted by a distant relative in San Francisco and by several of her good friends in the UK and Germany. We’ve had the chance to meet with a few of them and interview them for a feature length version of the film that we’re working on. Most of the people who knew her and watched our film said that they cried, I think because we used her voice, and that brought back potent memories. It’s nice to know that we were able to capture her spirit in some small way.

Can you tell us more about the feature film?

It is called Shadowmaker. It’s been super fun to develop, but we can’t give away too many details yet. Carla Patullo, my co-director, is a composer and she’s writing music for several projects right now too. (Stay up to date on the Shadowmaker progress on their website.)

Not including Reiniger’s films, what are three films that influenced you in making your film?

That’s totally not fair that we can’t include Lotte’s films because they were by far the main source of inspiration! But there are others too. I’d have to say Coraline by Henry Selick, Faces Places by Agnes Varda, and Moulin Rouge by Baz Luhrmann. Those may seem random, but like you said, our film doesn’t really fit into a single genre.

Not including films by Lotte Reiniger, what are three films that you would recommend others watch if they enjoyed your film?

We screened with some other fantastic shorts like Little Fiel by Irina Patkanian, Obon by Anna Samo, and Tracing Addai by Esther Neimeier. They all happen to be animated documentaries, and they all tell heartbreaking stories with really incredible visuals.