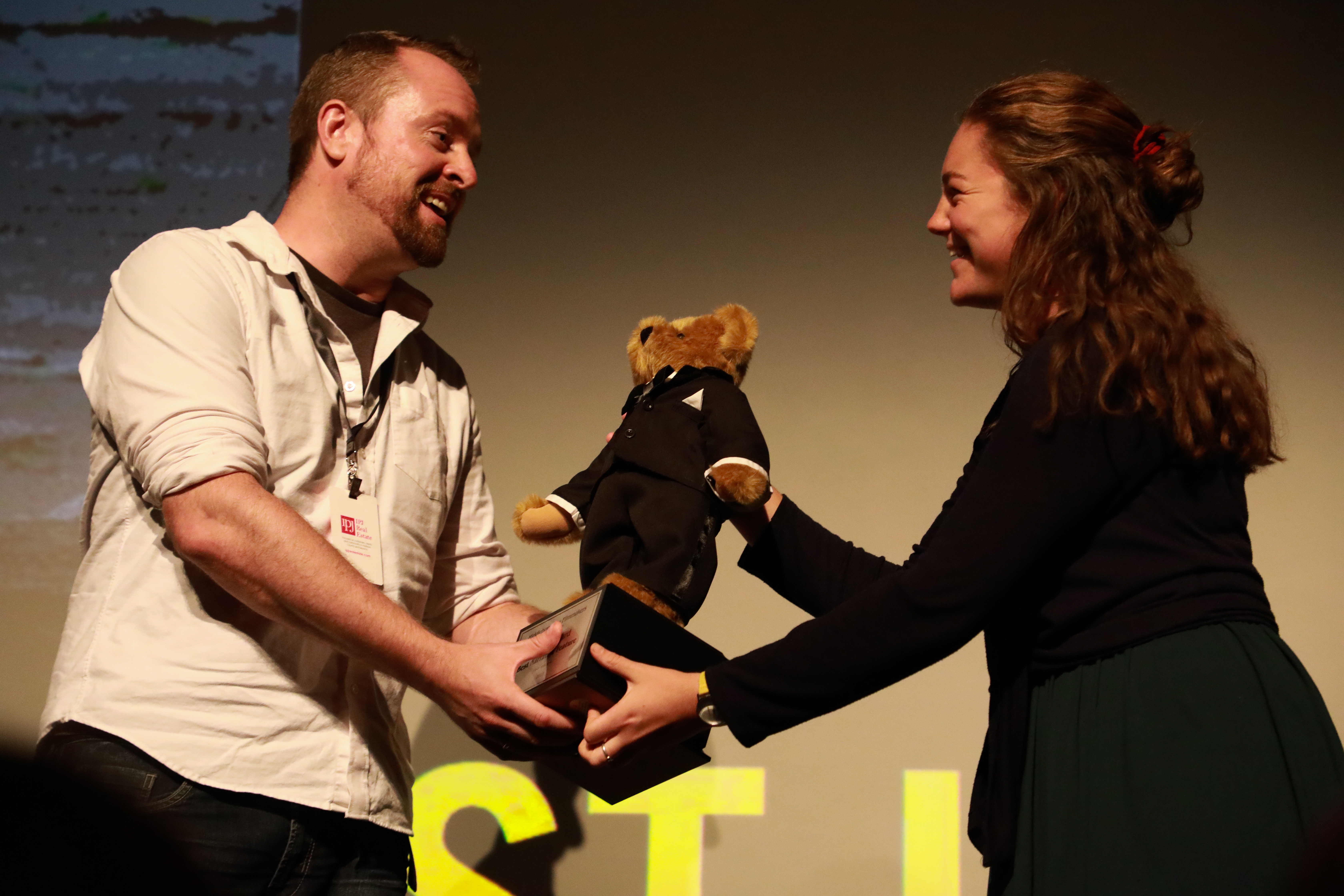 An existential farming movie. That is how Kyle Armstrong describes his debut feature, Until First Light (2017), winner of Best Narrative Feature at MNFF4.

Until First Light tells the story of a man who returns to his childhood home and family farm in the wake of his brother’s death. The film is a meditation on rural life, one of Armstrong’s preoccupations as a filmmaker, who himself grew up on a farm in Canada. The film’s place and story inform its formal choices, including the use of nonprofessional actors and natural light only.

MNFF’s Will DiGravio caught up with Armstrong to discuss his work, what he’s been up to since the festival, and his upcoming feature, Hands that Bind, starring Paul Sparks, Susan Kent, and Bruce Dern.

WD: So what have you been up to since the Festival? I hear you have finished up a second feature.

KA: We just finished shooting Hands that Bind, which is a larger scale project than Until First Light. I come from an experimental film background, and I wanted my first feature to be very process-based. I was interested in making a project in an unorthodox way with very limited means. We shot Until First Light over a long period of time, mostly non scripted and making use of spaces available to us. I’m really proud of the film and enjoyed making it.

Hands that Bind is a departure from that style. I wrote a script, we used professional actors, and there is not as much ambiguity to the story. We have some really great talent in the film.

Please tell me how you got Bruce Dern on board. Very exciting.

Believe it or not, when Until First Light screened at the Middlebury New Filmmakers Festival, it was not only the premiere of the film, but also my birthday. The day already felt pretty serendipitous, but it was as I traveled down to Middlebury to see the film that we actually signed Bruce for Hands that Bind. Having him onboard helped us secure the rest of the cast. He was wonderful to work with. As soon as his presence is there you see why he is so legendary.

That’s amazing. And when can we expect to see Hands that Bind?

We’re currently in post production. I hope to hit the festival circuit next year. The film has enough commercial appeal that I think it will get some distribution. It’s an unusual film. It is kind of slowburn, prairie gothic drama set in rural 1980s Alberta. We got this talent not based on money, but the strength of the script and the great response we got from it. We’re hoping this film can be seen by a lot of people.

What are you currently doing with Until First Light? What has the response been post-Middlebury?

It screened a few times in Europe and Canada. Hands that Bind was sort of made in response to that. I felt that maybe a film based on the principles that I believe in strongly doesn’t have a market. You start to get cynical and wonder how to make something that does have one. I started to think, “OK, I can play that game, let me show you.” I began to think about how to engage with an audience in a different way.

I decided to tell a story that is very personal and close to my heart, which is a story about farming and what it means to live in rural culture — some of the downfalls and pitfalls, and some of the really wonderful things. I get tired of rural culture being portrayed in a simplified way where it’s either romantic cowboy mythology, or hillbilly trope nonsense. I find that there’s much more depth to the culture and I don’t think that’s represented adequately. I wanted to put my own stamp on it, but I also didn’t romanticize or gloss over the problems. What I made is more of a fable than anything.

Well, I’m pretty sure it’s a genre with very few films. It’s sort of a joke. The film is ambiguous, it’s a loose story and Until First Light is as much about the tone of the film as it is about the story it tells. The film ended up including far more story than I thought it would. It wasn’t until about day 13 of 20 days of shooting that I actually felt like I had a handle on what the story was going to be. I walked into this knowing that I wanted to tell a story about a man returning home to his family farm after a long absence and that’s sort of all I knew. The film evolved as we shot it.

Talk a little bit about the film’s formal choices. Why so minimalist?

It was partly based on economics and logical reasons, particularly the natural lighting. A lot of the filmmakers I love use only natural lighting too. Sometimes when I am making these films I ask myself, “What would a farmer do?” Though I’m not a farmer, I grew up on a farm so I understand much of the culture and admire the common sense simplicity I observe in problem solving in rural culture. I think that is a big influence on my decision making. What would a farm do? They would use one lens and low lighting. I’m following somewhat of a tradition. It has practical and economic elements to it. I adore it.

Is there one shot or moment in the film you think about often?

One that springs to mind is the film’s abstract shots. We shot them on a really cold morning and our actor had to just lay on the ground suffering in a t-shirt. He was a trooper. I love those shots. They really helped set a somber tone.

What are three films that influenced Until First Light?

What are three films you would recommend for folks who enjoyed your film?