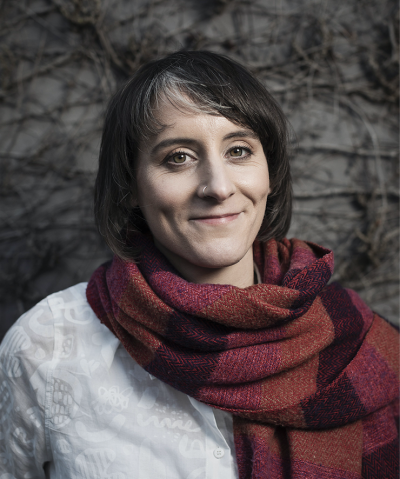 Attendees from last year’s Middlebury New Filmmakers Festival will likely remember Late Afternoon (2018), an incredibly compelling animated short directed by Louise Bagnall. The film tells the story of Emily, an elderly woman suffering from dementia. As her daughter takes care of her, certain words and actions prompt Emily to relive moments from her past. Through this journey she is able to reconnect with her daughter in the present.

If you watched last year’s Academy Awards, you may have noticed that Late Afternoon was one of five films nominated for the award for Best Animated Short. John Mulaney fans will love rewatching the award announcement, here. Beyond Late Afternoon, Bagnall directs for the brilliant Irish Animation Studio, Cartoon Saloon, which produced films like Breadwinner and The Secret of Kells. She is currently assistant directing the Netflix production of My Father’s Dragon.

MNFF’s Will DiGravio caught up with Bagnall to talk about Late Afternoon, what she’s been up to since the festival, and, yes, the inside story of what it was like to be nominated for an Academy Award.

WD: Tell us what it was like to be nominated for an Oscar. Do you get some sort of special email? Do you know before the public? Give us the details.

LB: When you’re nominated, you don’t receive any information before the public does, apart from knowing that you’re on the short list. The Academy does a live stream, which in Ireland goes live around lunchtime. My producer Nuria González Blanco and I were too nervous to watch the announcement in front of the whole crew, so we took our phones and iPad, and snuck out to a local restaurant around the corner from our studio and watched the announcement there. Everyone else who worked on the film was watching on a big screen in the studio.

What happened when you actually knew you had been nominated?

My producer screamed a lot and we had to tell everyone in the restaurant why she was screaming. We then celebrated later that afternoon and evening with everyone in the crew.

Were you able to travel to Los Angeles for the ceremony?

Yes, we were very fortunate. We were able to bring along a few members from the crew. My producer and I both brought our sisters as our guests. For me, Late Afternoon is a film about really close connections, so sharing it with my sister was a great way to celebrate the moment.

You mentioned the personal family connections that are central to Late Afternoon. What inspired you to make this film?

Initially the film grew out of a desire to tell a story about a woman’s inner life that did not involve huge, world-changing events, but the events that are important to an individual. As I drew in my sketchbook, I began to think through the idea further and turned to my own grandmothers as a source of inspiration. While neither had dementia, each had age-related issues of their own. Both of them died before I became an adult, and I never knew them as anything but sweet old ladies who gave me biscuits behind my parents back. Not until I was older did I begin to realize that they lived lives, and I realized I never got to know them in other stages of their lives as grown women. I tried to think back and put myself in their shoes.

Is there one moment that particularly resonates with you? One that you think about often?

The first imagery that came to my mind before I even began making a storyboard or very much of the film’s art at all was seeing this character kind of floating in a void with colors all around her. With that feeling came questions: Why is she there? Where can she go from there? It was an image in my mind that kind of helped me delve into her inner life. That moment is in the film.

What are three films that influenced you either before or during the creation of Late Afternoon?

Father and Daughter (2000); films by members of the Late Night Work Club; the animated films of Hayao Miyazaki

What are three films you recommend to people who enjoy Late Afternoon?

I would recommend seeing other films we have made at Cartoon Saloon, including two feature films: Song of the Sea (2014) and The Breadwinner (2017); also, the documentary Extreme Love: Dementia (2012)