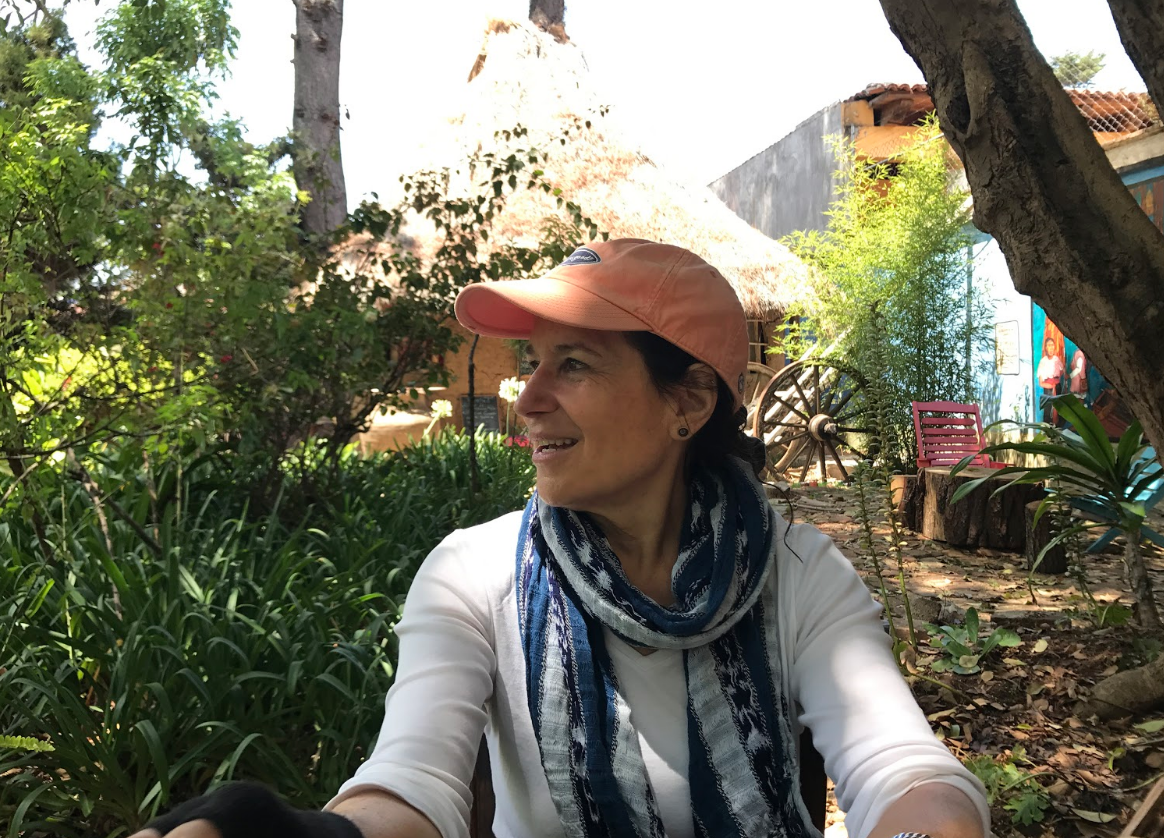 At MNFF 2017, Robin Starbuck’s “The Stag’s Mirror” took home the VSO Excellence in Music Composed for Film Award. As a part of the award, Starbuck is working on a new experimental project with local composer Matt LaRocca. MNFF sat down with Robin to discuss VSO prep, her approach to ethnographic filmmaking and the Popol Vuh.

Starbuck will present an excerpt of her new work accompanied by a live performance from the Vermont Symphony Orchestra. This MNFF concert-screening will take place Sunday, August 26 at 1pm in Middlebury College’s Mahaney Center for the Arts.

MNFF: What projects are you working on and how is VSO prep coming?

RS: With the Vermont Symphony Orchestra I’m presenting an offshoot of my current project How We See Water, an experimental documentary about the struggle for women in Chiapas to get an education. I’m using the Popol Vuh, an ancient Mayan text written by Mayan priests. It’s a creation story as well as a migration story. The product for VSO will incorporate words from the Popol Vuh and imagery from Chiapas. The film questions how spiritual belief and culture maintain themselves through generations and centuries. I’m interested in how these fragments sustain through time. For the marginalized people of Chiapas, power lies in the old spirit. The world of the film likens itself to magical realism.

As mentioned, for the VSO award presentation I’ll show a part of How We See Water accompanied by the VSO’s instrumentation. Because my work is experimental and ethnographic, I have a lot of leeway in the pacing and movement. The complexity of the piece makes sound an essential guiding point in the editing process. Matt LaRocca’s composition for How We See Water beautifully migrates between historical and modern music. I listen for depth and pacing. I lean in to temporal shifts and the tension between ancient and contemporary. That contrast is important to me, otherwise the film falls into an Arcadian past.

MNFF: How did you break into experimental, ethnographic filmmaking? Do you have a personal tie to Chiapas, Mexico (the muse of many of your films)?

RS: My adopted father is a Crow Indian from Montana. Before I fell into film I was a sculptor and performance artist exploring trauma. In particular, trauma and privilege: the trauma of middle class people. I’m interested in how trauma affects language and the legacy of trauma through families.  How does trauma affect a whole community and how does a community heal? When I moved into film from static sculpture, I asked “how can movement further explore these questions?” I’m figuring out how trauma moves through time. There’s an amazing poetic to that survival.

MNFF: You maintain a political neutrality in the face of complex and controversial topics. Is this an intentional part of your filmmaking?

RS: There is a certain politic in the Stag’s Mirror in that it calls for revolution. The last thing I want to do is reduce any people to a cliche. I try to show that no one is 100% innocent. Trauma creates anger. Humans try to balance our goodness with our less perfect motivations. I want the work to be honest. As an artist, I want the audience to establish the political position rather than me. The film should stay in the audience’s mind and continue asking questions of them. There is definitely a politic to the film, but I want the audience to uncover that.

MNFF: How have viewers received the film? Have you found the active audiences you hope for?

RS: Distribution is always an issue with experimental film. People often support experimental narrative, but not experimental film. Not everyone is comfortable with it. People are less inclined to go to something they have to work to understand. You have to embrace the breathing space between the words. It’s natural for me to work with a musician and work with sound. Sound is 40% of what I do. The music in The Stag’s Mirror is objectively beautiful. This helps the audience move through a visually challenging piece of work. Music offers another sensory perception for the audience as they figure out the visual material. There has to be a gift to the audience and sometimes that’s the undeniable beauty of music.

MNFF: Do you have any words of wisdom for filmmakers attending MNFF this year?

RS: I’m so honored by the VSO and impressed with them as people. To interact with a group that truly understands an experimental project is special. The level of engagement from Lloyd  [MNFF Executive Producer] and the whole MNFF team is amazing. They stay on it, always in touch with a ton of ideas and opportunities. After The Stag’s Mirror showed in Vermont, I was approached by a U.N. organization to make a film in Kenya. That was wonderful. Through MNFF someone from another country realized they want more of this type of film in the world! MNFF understands that this is poetry. People who connect with my work on this level are few and far between. The fact that Lloyd understood and liked it was so lovely to me. This is a really special festival. It’s got a beautiful setting, it’s well organized and the whole community comes out to support and engage. I was incredibly impressed by the whole thing.

How We See Water: Additional Information