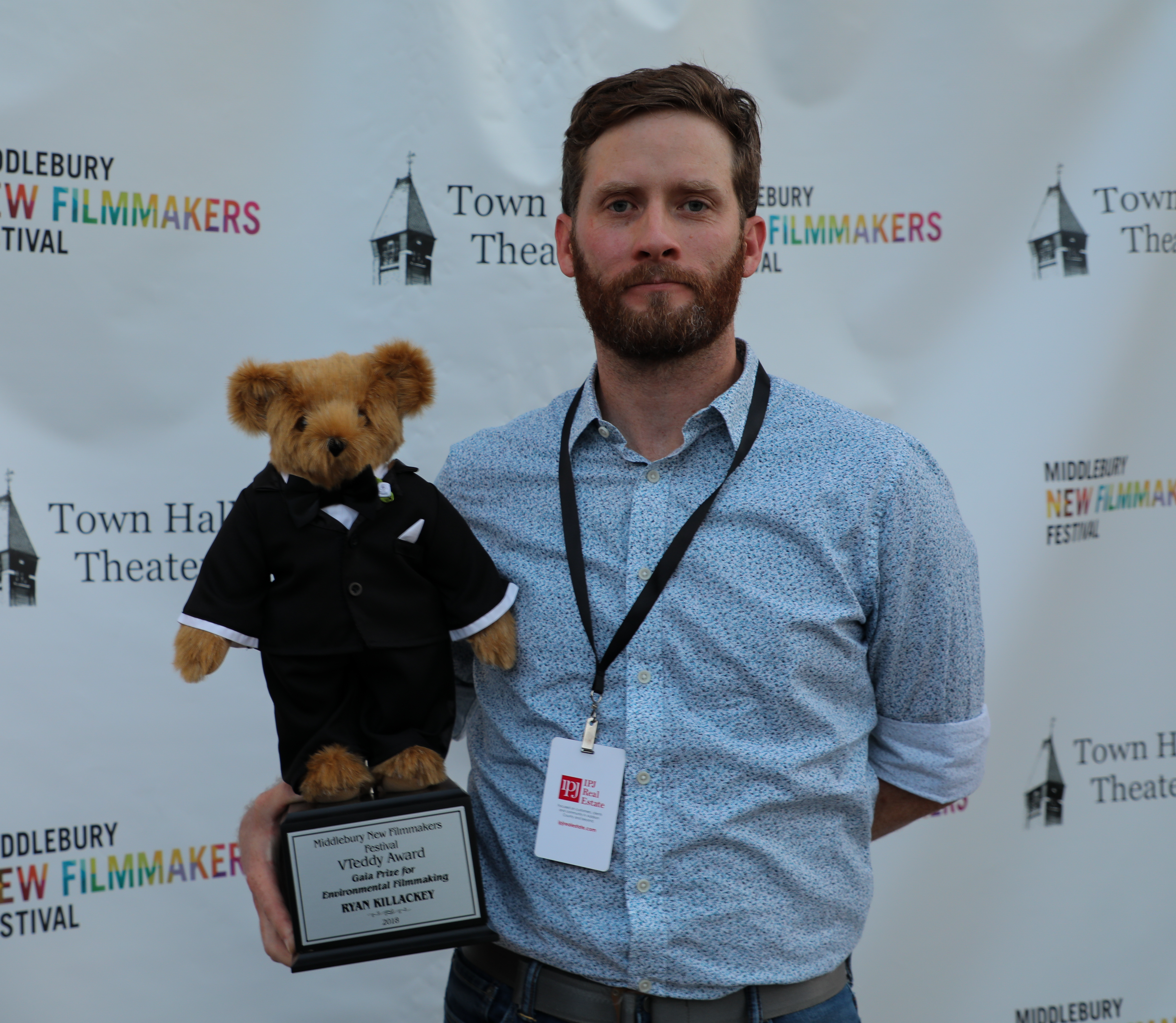 Vermont’s a great place. We are home (probably) to the highest number of environmentalists per capita. We are an environmental oasis, a place where we are all pretty much on the same page when it comes to conservation. And yet, we know that we are not insulated from the effects of environmental destruction occurring around the world. Perhaps that is why Ryan Patrick Killackey’s film Yasuni Man struck such a strong chord with audiences at last year’s Festival.

The film, which won the “Gaia Prize for Environmental Filmmaking” at MNFF4, explores an environmental conflict in the Ecuadorian Amazon. The film tells the story of the Waorani people, who are forced to fight corporations and their own government for survival. Yasuni Man features a team of biologists who travel to this region of the Amazon (the most biodiverse place on Earth), and reveal what will be lost to corporate greed.

MNFF’s Will DiGravio caught up with Killackey to talk about his film, and what he’s been up to since the festival.

WD: Gives us an update on what you’ve been up to since finishing the film and screening in Middlebury?

RK: I came to the end of the film festival circuit in January of this year. We amassed 35 film fest official selections in 16 countries, including 15 awards from 23 award nominations at 21 competitive fest appearances. I also created a partnership with the UN’s CINE-ONU program for screenings in Europe.

So what’s the distribution plan going forward? How and where can people see this film?

I’m happy to announce that Yasuni Man has signed a 4-year worldwide distribution deal with Off the Fence (ZDF) out of Amsterdam. We just delivered the film to them last month, so now we’re waiting for Off the Fence to release it. My hope is that the film is picked up for broadcast and sees a televised premiere soon. After that, I expect by the end of the year, it will be available via streaming and video on demand. I still have theatrical and educational rights, so I want to continue touring the film with universities, NGOs and other screening venues.

Have you been back to Ecuador since the film was completed?

Yes, Yasuni Man had it’s Ecuadorian premiere in 2017 at the ECOador International Environmental Film Festival, in the capital city of Quito. I created a Kickstarter campaign and raised funds to have the indigenous people featured in the movie come to Quito to represent themselves. I think we raised about $10,000 (mostly from family and friends) to bring 33 Waorani out of the Waorani forest. It was crazy screening the film in front of 550 people. That was the last time I was in Ecuador, though I am still in regular contact with the Waorani, and Ecuaodrian friends and colleagues.

And what was the reaction of the festival audience at ECOador and the Waorani people in attendance?

The reaction was extremely positive, Waorani and audience alike. We had to turn away over 150 people from the screening, and hold a special screening the following day. The audience included academics, government officials, biologists featured in the film, local filmmakers, and activists. A big conversation with the Ecuadorian community arose. The Waorani that could attend were very happy to come to the screening – for some of them, it was their first time leaving the Amazon. This was the most important place I screened the film. The people of Ecuador will save Yasuni!

You are at the center of the film. If feels like a deeply personal journey. Was that always the plan or did it develop over the course of making it?

No, it developed over time as the film took shape. I filmed Yasuni Man over seven years. It became an emotionally turbulent, financially crippling, and spiritually awakening journey. When I started the movie I expected it to be anthropological and natural-history focused. After we got into the editing room, I started writing a script and looked at all of the elements to make the most compelling story I could. Ultimately, I decided having myself as the narrator would have the greatest impact with the intended audience, which, in part, is Western. Westerners have the biggest influence on the degradation of many parts of the Amazon, specifically, Yasuni. I thought having my presence on the fringes of the film would allow more people to identify with the story.

I was in over my head trying to make a movie in three languages, one of which very few people speak. I wasn’t able to get the Waorani language transcribed and translated until halfway through post-production. It was then that the story arc of Yasuni Man was fully realized.

What is one of the most challenging aspects of making a film like this?

Money. There are few wildlife conservation stories being told and thus a lack of money and distributors willing to back hardline environmental films. What I’ve been told is that people don’t want to hear honest stories — they want something uplifting instead. How do you tell an uplifting story about the devastation of an ecosystem? I’m conflicted. I believe we are better off knowing how humans impact these areas, and how you as an individual impact these areas. Bring the harsh reality to light so it can be in the public discourse. Wildlife films too commonly lose a message of conservation. Typically visually pleasing, but light. The message is often a secondary thought to the cinematography – crammed into the end credits. We need to stare deep into the core of an issue no matter how difficult it may reveal itself to be.

I’m currently working on my next feature documentary, A Light in the Darkness. It’s a climate change story about the human impact on ecosystems that exist in complete darkness – the deep sea, subterranean aquifers and caves. The film is currently in production and I’m about half way through filming. I’m working on finding contributors to support the effort so I can finish shooting and get through post. We have a 501(c)3 fiscal sponsor for those who contribute.

My goal is to premiere the film at Tribeca 2020, which happens to fall on the 50th anniversary of Earth Day. And, I hope to return to the Middlebury New Filmmakers Festival with my sophomore piece.

What are three films that influenced you and the film?