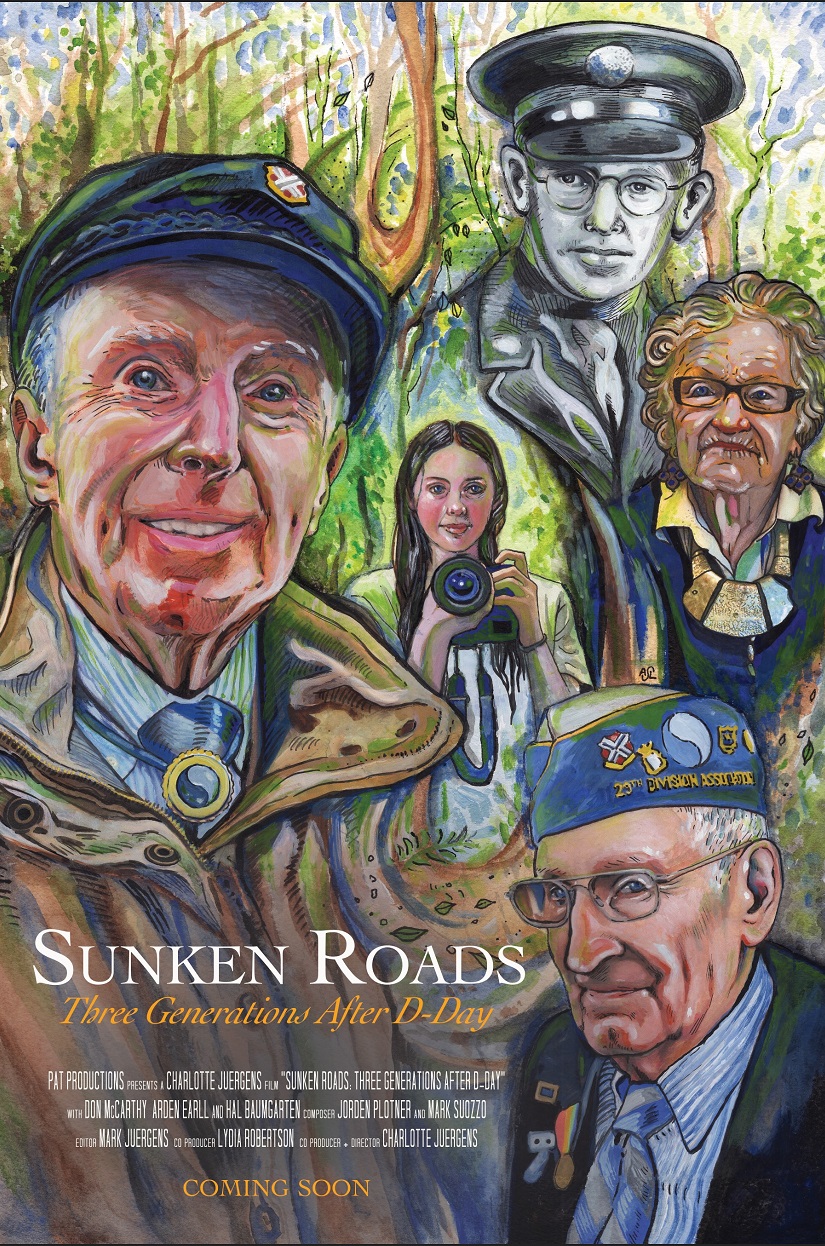 We are beyond excited to announce the first distribution deal made through the Middlebury New Filmmakers Festival! Following its screening at MNFF5, First Run Features took on all North American rights to Charlotte Juergens’s feature documentary Sunken Roads: Three Generations After D-Day. First Run will open the film in theaters in early 2020 before making it available on home entertainment and educationally. We are thrilled by this match, we thank First Run for attending MNFF5, and we look forward to more deals at next year’s Fest!

Sunken Roads follows Juergens, a young woman who joins eight D-Day veterans on a road trip to retrace their steps from World War II. The veterans come to see Charlotte as a granddaughter, trusting her with their stories and confronting the trauma that still haunts them 70 years after the war. Sunken Roads offers a new perspective on D-Day by presenting the memories of 90-year-old men through the eyes of a 20-year-old woman.

“We’re pleased to be working with such a talented young director on her first film,” said Marc Mauceri, VP of First Run Features, who attended the Festival. “Charlotte’s film is a unique and enjoyable experience, with unforgettable characters and fascinating, poignant subjects – among them the soldier’s story of D-Day, the vagaries of memory, inter-generational understanding (or lack thereof), and how we honor those who fought and died on our behalf. I love how the film takes us out of our own life span and give us a longer perspective, in the company of an amazing group of men and a curious, intrepid young filmmaker.”

Juergens said, “I’m so excited to be working with First Run Features on distribution for our film. First Run represents many of the films I most admire and love, and my team and I are delighted by this opportunity. I shot Sunken Roads when I was twenty years old. When the Veterans were that age, they’d trained for the D-Day invasion in Cornwall, crossed the channel to Omaha Beach, and fought to liberate French towns from German occupation. Although they were still haunted by memories of horrific carnage, these soldiers felt compelled to return to Normandy, to “make the circle”, as one of them put it. I was honored to accompany them.”