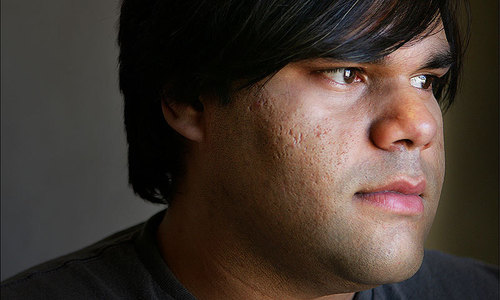 To recognize his continued dedication to documenting stories in the face of grave danger, MNFF is delighted to present Mohammad Ali Naqvi [Mo Naqvi] with the “Courage in Filmmaking Award.”  Mo Naqvi is an internationally recognized documentarian whose groundbreaking work sheds light on governmental and human rights issues in the Middle East, where he often risks his own life to capture exclusive footage. His feature documentary Among the Believers, co-directed with Hemal Trivedi, screened at the 2016 MNFF,  won multiple awards and received a 2017 Emmy nod for “Outstanding Politics and Government Documentary.”

Naqvi’s 2006 film, Shame, follows the harrowing story of Mukhtaran Mai, a young girl gang raped in the small Pakistani village of Meerwala. The film gained major attention and won the Special Jury Prize at the 2007 Durban International Film Festival, among others.

Mr. Naqvi’s “Courage in Filmmaking Award” will be presented at the VTeddy Awards Ceremony at 6:30pm on Sunday, August 26 at the Town Hall Theater.

“Both of these gifted and courageous 2018 honorees make films about issues larger than themselves,” said MNFF Artistic Director Jay Craven. “Both provide rare insight into people engaged in highly charged social, emotional, and political situations.  We’re more than pleased to share their work — and to have them here to speak with our audiences.”

Passes to the 4th Annual Middlebury New Filmmakers Festival are on sale now. Click here to secure yours today.