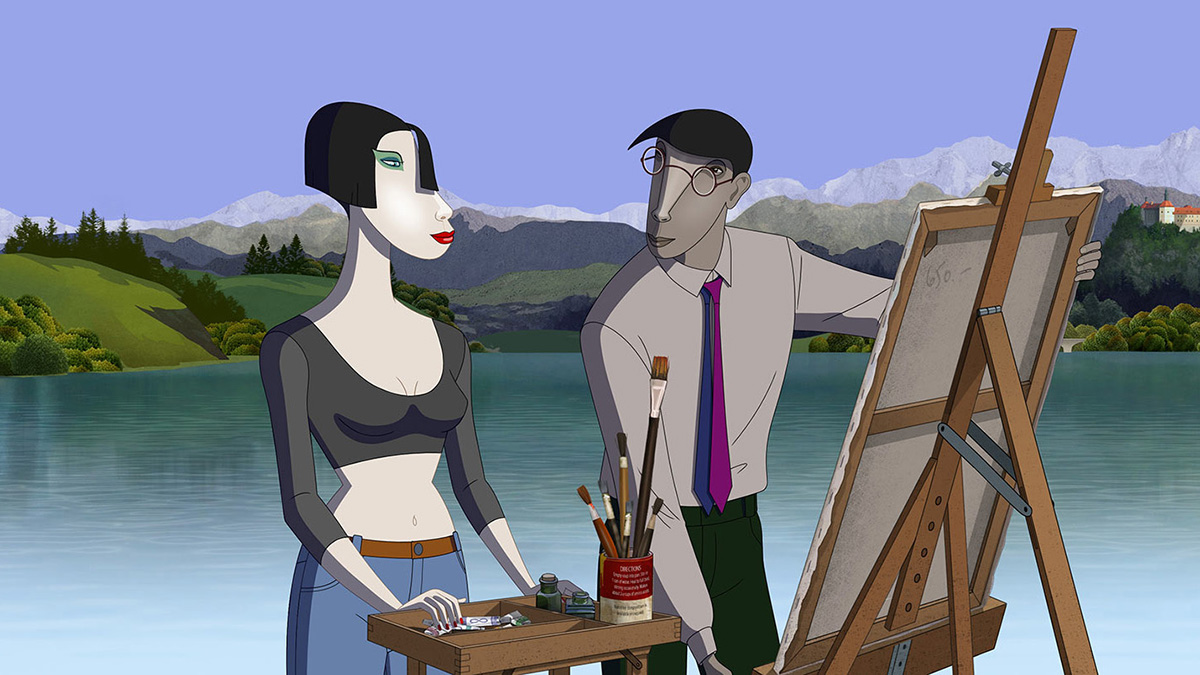 New to the Fest this year, MNFF will present “Late Night at The Marquis”, a special screening on Friday, August 23 at 11pm at the Marquis Theatre in Middlebury. Modeled after Sundance Film Festival’s signature Midnight Screenings, MNFF’s iteration will showcase an astonishing and utterly original animated film, Ruben Brandt, Collector.

Geared to audiences 18+, this wildly colorful film follows Ruben Brandt, a psychotherapist forced to steal masterpiece paintings to cure his horrific nightmares. He enlists four of his patients/confidants to form a strike team that regularly and with great success pulls off heists at the Louvre, Tate, Uffizi, Hermitage, and MoMA Museums, to name but a few of their targets. Ruben Brandt, Collector is the brilliant work of Hungarian director Milorad Krstic and displays a prodigious talent and imagination.

Sponsored by Drop-In Brewing Company of Middlebury, “Late Night at the Marquis” offers a new dimension to Festival audiences at one of the Fest’s most popular venues.