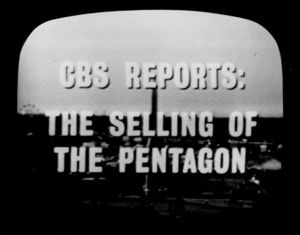 SYNOPSIS
A very controversial 1968 film that examined the increasing utilization and cost to the taxpayers of public relations activities by the military-industrial complex in order to shape public opinion in favor of the military. Narrated by Roger Mudd, the film focused on three areas of Pentagon activity to illustrate its theme of public manipulation: direct contacts with the public, Defense Department films, and the Pentagon’s use of the commercial media–the press and television.

Director Peter Davis recalls the controversy his film created upon its release in 1968 in a special Q&A session following the screening, moderated by MNFF Producer Lloyd Komesar.