A TRIBUTE TO ROBERT ALTMAN 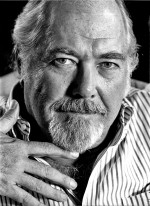 The Middlebury New Filmmakers Festival is thrilled to announce its tribute to the legendary directory, Robert Altman, the fiercely independent creator of numerous acclaimed films including “M*A*S*H,” “McCabe & Mrs. Miller,” “The Long Goodbye” and the Oscar winning “Nashville,” which will screen at MNFF.  Join Altman’s top collaborator on “Nashville,” Allan Nicholls, and actor Michael Murphy, an essential member of the Altman tribe, for a special On-Stage event with MNFF Artistic Director Jay Craven following the screening.

An incredibly prolific musical composer, actor and Assistant Director based out of Burlington, Allan Nicholls wrote the Altman screenplays for “The Wedding” and “A Perfect Couple and was assistant director on Altman’s films, including “Streamers,” “Secret Honor,” “The Player,” “ Ready to Wear.” His acting credits include Altman’s “Nashville,” “Buffalo Bill and the Indians,” and “A Wedding.”

The Tribute screening and event will take place at 1:30p on Saturday, August 26 at the Town Hall Theater. The event will be ticketed, with free entry for all Festival Passholders. Tickets may be purchased at the door.