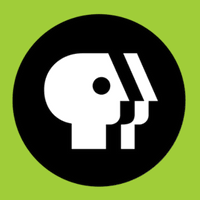 MNFF is delighted to announce our continued partnership with Vermont PBS, this year culminating in a public broadcast of four shorts from the 2019 Middlebury New Filmmakers Festival. PBS has chosen four Vermont-made films, Carol Street, Nothing to My Name, Twenty, and The Quarry Project, three of which originated at Middlebury College. These will screen on air and online, Spring of 2020. New to this year, PBS has bought streaming rights to these shorts, marking MNFF’s first ever distribution deal for a short film. MNFF continues its significant commitment to the emerging filmmakers of the Green Mountain State.

This shorts showcase will screen as part of Vermont PBS’ “Further Together” program, an initiative to show the movers, shakers, and supporters that make this state so amazing. The Showcase includes:

Carol Street explores black identity at Middlebury College by interviewing students, staff, and alumni about community, outer self, and inner self. Weaving in the personal narrative of a young biracial man questioning his responsibility to his community, the film brings awareness to the sacrifices and pressures of being a black person in a predominantly white community. The film had its world premiere at MNFF 2019 and played at VTIFF this Fall. Directed by Demetrius Borge.

Nothing to My Name – Documentary, 14m

Nothing to My Name is a personal documentary following one young Chinese woman’s discovery of the covert persona of her beloved grandfather. The film had its world premiere at MNFF 2019. Directed by Qian Li.

The Quarry Project is a site specific dance/theatre piece being created for the Wells Lamson quarry, the oldest, deepest granite quarry in the country, now flooded and in “reserve.” Slated for live performances in 2020, this video explores the development phase from rehearsals completed in 2018. The film had its world premiere at MNFF 2019. Directed by Hannah Denison and Leslie Anderson.

Twenty follows the breakdown of a family through the eyes of a 12 year old boy. A seldom seen perspective on screen, he must come to terms with his parents’ separation while also maintaining normalcy for himself. The film had its world premiere at MNFF 2019. Directed by Mia Fichman.