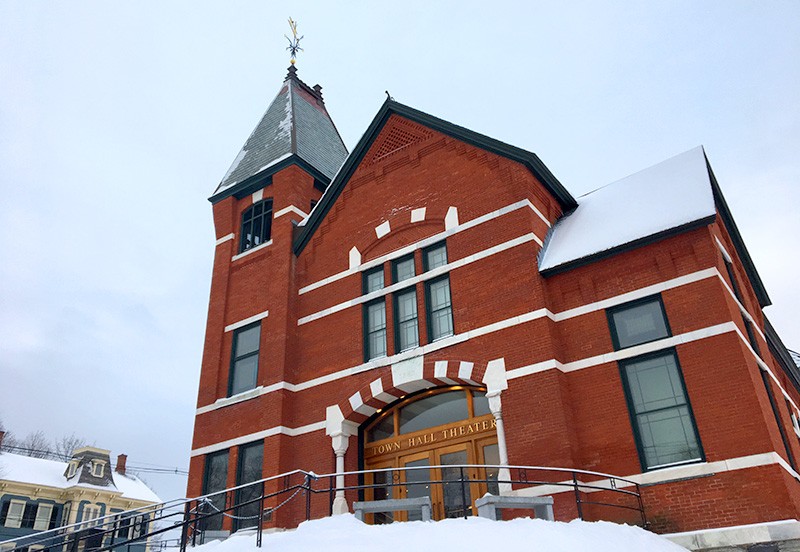 The 2018-19 MNFF Winter/Spring Screening Series at Town Hall Theater begins in November 2018 and will conclude in May 2019, featuring a specially curated film each month by a prominent first or second time filmmaker.

The Series expands to seven films this season, kicking off on November 16 with a screening of Eighth Grade, the poignant and humorous drama debut from director Bo Burnham. Following on December 14 comes Three Identical Strangers, a bold and provocative documentary from director Tim Wardle.  The new year kicks off with a January 13 screening of Can You Ever Forgive Me?, a compelling, “based on a true story” drama from director Marielle Heller, starring Melissa McCarthy in one of her most powerful performances. On February 17, the Screening Series presents What They Had, an engrossing family drama from director Elizabeth Chomko, starring Hilary Swank, Blythe Danner and Michael Shannon. A month later on March 17, come see Chef Flynn, Cameron Yates’ luminous documentary about Flynn McGarry, a 10 year old cooking prodigy who becomes a superstar chef.  Next up, on April 18, comes the heralded drama, Museo, the wild and woolly tale of the most infamous cultural artifacts heist in all of Mexican history, from acclaimed Mexican director, Alonzo Ruizpalacios, and starring the great Gael Garcia Bernal. The Series concludes with a May 10 screening of Wildlife, Paul Dano’s superb and moving debut feature starring Carey Mulligan and Jake Gyllenhaal, set in 1960’s Montana, about a couple whose marriage is falling apart.

And just in case you can’t make it to every screening… Series Passes are shareable! Lend it to a friend and spread the joy!

In 1980 New York, three young men who were all adopted meet each other and find out they’re triplets who were separated at birth. Then they discover why. Turns out the truth is stranger than fiction. Unnerving and deeply provocative, don’t miss this startling and riveting documentary feature, winner of the Special Jury Prize at Sundance 2018, and a brilliant example of film as journalism, from director Tim Wardle.

MNFF invites you to this very special holiday event on Saturday, December 29 at 7pm at Town Hall Theater! Following the screening of her recent release, the riveting drama The Kindergarten Teacher, Maggie Gyllenhaal will join us for a Q&A moderated by Peter Sarsgaard. This will be a night you won’t want to miss!

When a Staten Island kindergarten teacher discovers what may be a gifted five year-old student in her class, she becomes fascinated and obsessed with the child—spiraling downward on a dangerous and desperate path in order to nurture his talent.

As IndieWire’s David Ehrlich deftly notes in describing The Kindergarten Teacher, Ms. Gyllenhaal “has been too good too often to label any one of her performances as her best, but she’s certainly never been better than she is here, filling her character with the full courage of her convictions, and finding deep reservoirs of distressed humanity in all of her contradictions.”

Can You Ever Forgive Me?

Melissa McCarthy stars as Lee Israel, in this true story of the best-selling celebrity biographer who made her living in the 1970’s and 80’s profiling women like Katharine Hepburn, Tallulah Bankhead, Estee Lauder and journalist Dorothy Kilgallen. When Israel is no longer able to get published because she has fallen out of step with current tastes, she turns her art form to deception and forgery. Adapted lovingly by director Marielle Heller from Israel’s memoir “Can You Ever Forgive Me?,” the film showcases McCarthy’s nuanced and powerful performance.

In this potent and touching drama, Bridget returns home at her brother Nick’s urging to deal with her ailing mother and her father’s stubborn reluctance to let go of their life together. Featuring exceptional performances from Hilary Swank, Michael Shannon, Blythe Danner and Robert Forster, director Elizabeth Chomko’s debut feature is very sure handed.

Ten-year-old Flynn McGarry, child cooking prodigy, transforms his family’s living room into a supper club using his classmates as line cooks. Experiencing rather sudden fame, Flynn outgrows his bedroom kitchen, and sets out to challenge the hierarchy of the culinary world. An absolutely fascinating and entertaining documentary from director Cameron Yates

On a fateful Christmas Eve, 1985, in Mexico City, two unremarkable men decide it’s finally time to distinguish themselves by executing the most infamous heist of cultural artifacts in all of Mexican history. The magnitude of the theft exceeds the amateur thieves’ expectations, and by the very next morning they realize, too late, the full scope and implications of their actions. Inspired by true events, and shot on never-before filmed locations in Mexico, director Alonzo Ruizpalacios’ spectacular drama was the winner of the Best Screenplay award at the 2018 Berlin International Film Festival.

MNFF thanks its Winter/Spring Screening Series sponsors IPJ Real Estate and Middlebury College for their wonderful support, along with our great hometown paper, the Addison Independent. And enjoy the new pre-show this year – something for your viewing enjoyment!